Home > How to Seduce My Ex 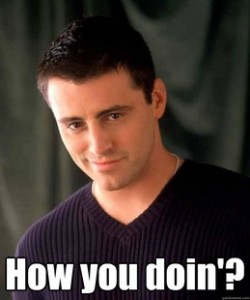 Seduction is a fun little subject. If you want to learn this art, then read this page very closely, because I’m going to share with you little-known secrets that most people will never learn in their entire lives!

Seduction has actually been broken down to an exact science, and there are certain techniques that’ll work on almost anyone.

Remember when we talked about how to make your ex fall in love with you? Desire and love share a lot of similar characteristics, and there are several universal traits men and women possess that make them inherently more attractive to the opposite sex.

Now you may be thinking that your taste in the opposite sex is “different” in some way, but I can guarantee you it’s really not all that unique! Let’s take an extreme example for a minute…

Think about a guy like Marilyn Manson. Most of you who are visiting this blog will think that Marilyn Manson is a fairly disgusting looking creature, right? You might even say that he’s a “freak,” but there’s definitely no doubt that Marilyn Manson isn’t hurting in the sex department. The dude probably gets more sex than 99.99% of men in the world. No joke! In fact, in an interview, Manson claimed to have had sex with over six women a day. That’s a pretty disturbing (or totally awesome, depending who you are) piece of info! 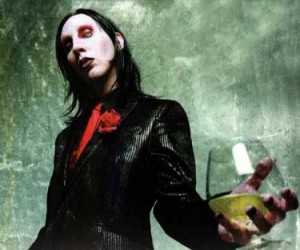 Yet as creepy as he looks, Marilyn Manson is actually very attractive. First of all, he’s got his wealth, and wealth means power — women are totally into powerful men. Second, it’s not like Manson isn’t unfit — he may not be built like Brad Pitt, but he isn’t obese either. Third, Manson is unique and is a man who does what he wants, when he wants, which is a strong aphrodisiac for women. Fourth, the guy’s got talent (or at least he has talent in the eyes of some people), and that’s another universally attractive trait. The list goes on and on…

If you want to learn how to seduce your ex then you must master this scientific process of seduction. Since it is something you can fully control, this article will give you the weapons you need to succeed.

If your ex agrees to meet you, then be sure to arrange something intimate, like going on a walk or to a nice, quiet coffee shop. Some place you two can really connect. Tell him or her that you need their advice on something (for example, if they were into bathroom tiling, say that you’re thinking about redoing your bathroom and you want your their opinion).  If you have a solid reason to meet up, it’s more likely that they’ll agree to see you.

Make sure you that you not only look good, but smell good, too! In other words, be sure to put a little extra time into your styling.

Did you ever go shopping with your ex? Do you remember an outfit you bought together? If so, wear that. Or, better yet, wear an article of clothing that you know means something very dear to them. Maybe you two spent a romantic night at the beach at some point, and he loved the dress you wore; it drove him to distraction. If the season is right, wear that.

The point is to wear something that triggers a deep emotional response in your ex. This is what I like to call Photographic Seduction, and it’s one of my most powerful seduction techniques.

3.) Talk about how great you’ve been.

Do not brag. If you don’t know how to do this without looking like you’re just being a pretentious idiot, then steer clear of this.

What you want to do is convey to your ex that you have your life totally together. To do so, say something like:

“Things have been really good! I’ve been extremely busy with work. I just got a promotion and my boss is really keeping me busy.”

“I’ve been traveling a lot lately! I went to Amsterdam in July. Seriously one of the coolest places I’ve ever been! Have you been anywhere recently?”

See what I mean? You’re subtly and indirectly saying that your life is awesome, and asking them to compare it to their own.

Some of you might know this as “kinesthetic attraction” or simply “kino,” but either way it’s probably the most important element of seducing your ex.

Once you master the art of of how to touch a person and when, the process of how to seduce your ex becomes so much easier.

This art of “kino” and seduction is broken down into an exact blueprint, so if you’re serious about getting your ex back by seducing them, then watch the video below right now. It will show you the exact steps you need to take to make your ex fantasize about you, crave you, and want to be with you for a night of steamy hot sex!

Don’t believe me? Check it out. You won’t be sorry.

Men; CLICK HERE IF YOU WANT TO MAKE HER PLEAD FOR YOU ON HER KNEES!

Ladies; CLICK HERE IF YOU WANT TO MAKE HIM BEG FOR YOUR TOUCH.

Resources: how to charm women