Home > How to Make My Ex Fall In Love with Me

The most common question I get is, “How can I make my ex fall in love with me?”

That’s a tough question to answer in just a short article, but I’ll do my best to do so.

Love is debatably the most discussed subject ever. You hear about it on the radio, TV, and it seems like every single song that Justin Bieber or Lady Gaga sings is about love. Heck, how many movies are based on the premise of love? Too many to count.

But did you know that there is actually an exact science to love? Yes, researchers have now broken down the abstract concept of love into a factual formula of molecules, chemicals and atoms.

So what exactly does this mean? It means that love is something you can control. Once you understand everything there is to know about it, you can easily make your ex fall in love with you again.

There is a popular saying that “attraction isn’t a choice,” as in, you can’t make someone attracted to you or force anyone to love you. But the truth is that you can increase your chances of making a person love you if you behave in a certain way.

Intrigued yet? You should be!

Researchers say that the main reason we love somebody is because we “like their genes”… but what the heck does that mean?!

It means that when you’re attracted to a person, it’s because you feel that their genetic makeup is a good fit for yours, and that, when combined, they will make healthy and biologically successful offspring. Since the original purpose of sex is to create offspring, it makes sense that you’d feel this way, hence why we’re attracted to beautiful people. Although you aren’t consciously thinking about this, you are most definitely attracted to such people on a very basic, chemical level.

Now, I don’t want to offend anyone who’s religious (besides, I have a ton of friends who are), but the whole point to life (the scientific one, anyway) is to survive and replicate. So then, the real key here is to make your ex see you as a survival and replication machine! Once you master this, you’ll be a guru in the subject of “how to make my ex fall in love with me.”

Here are the four top traits that’ll show off your survival and replication value. 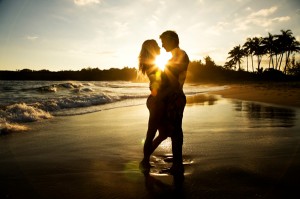 Yes, this goes for men and women. People who are strong are more attractive and therefore men and women are likely to fall in love with them more easily. Think about it from that survival and replication standpoint. Nobody is going to have an advantage in the survival department if they’re paired up with a person that can’t take care of themselves!

This is why people are attracted to “fit” bodies. It’s not about being “aesthetically pleasing,” it’s about being healthy so that your offspring is healthy. Yes, this alone can make your ex fall in love with you again.

3.) You are socially adept.

Being socially adept is an awesome trait to have. The more people you know, the more advantageous it is from a survival and replication standpoint. Think about it… the more friends you have, the more people there are to help you. That doesn’t mean your ex dumped you because you weren’t popular enough, but I’d be lying if I said it didn’t help to be popular!

4.) Other men and women are in love with YOU! 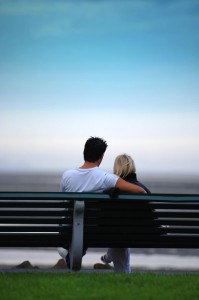 This is a weird one, but studies show that people are attracted to highly sought-after individuals. Ever wonder why women think Mick Jagger is attractive even though he’s uglier than a pig’s butt? Sure it’s because he’s rich and powerful, but it’s also because he’s highly sought after. Humans are genetically hardwired to desire “attractive” people.

If you want to know exactly how you should make your ex fall in love with you (the full, step-by-step process), I encourage you to check out these free videos.

Men: click here to make your ex-girlfriend fall in love with you again.

Women: click here to make your ex-boyfriend fall in love with you.

(These videos are pretty controversial, so be sure to view them before they’re taken down!)